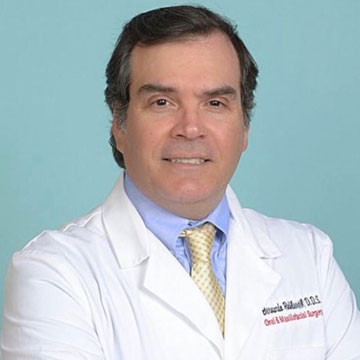 In 2003 he moved to Seabrook, TX, where he lived for 10 years. During that time, he worked in Baytown, TX with Oral and Maxillofacial Surgeon Dr. Bobby Hughes. He was on staff at San Jacinto Methodist Hospital since 2004. Eventually, Dr. Roblesgil opened his own practice in Pasadena, TX. His clinical interests include impacted teeth, bone grafting, dental implants, third molar surgery, oral pathology, I.V. sedation, and pre-prosthetic surgery. Two major hurricanes caused him to make the decision to move up north and open a new practice. Dr. Roblesgil enjoys spending time with his family and friends. He is a soccer fan and likes to go camping with a very special group of friends.

Dr. Roblesgil is a member of the: